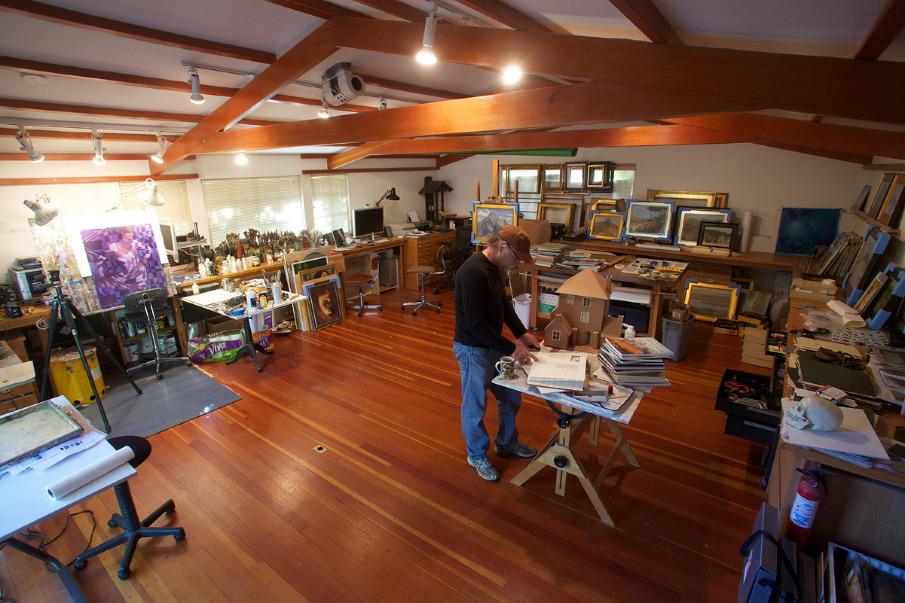 He has created illustrations for a wide range of projects including magazine covers, editorial illustrations, hundreds of book covers, and numerous special projects including the animated Dreamworks and BroadGreen Pictures motion logos, advertisements, annual reports, and packaging.  Robert has also created on- site illustrated documentary projects on the Bay Bridge Earthquake reconstruction and the Tour de France.

He is also an accomplished landscape painter with work in numerous collections.

Robert Hunt is also a Professor at the California College of the Arts where he teaches Illustration, professional practice and painting.

Interview: Your Dreams, My Nightmares podcast with Sam Weber